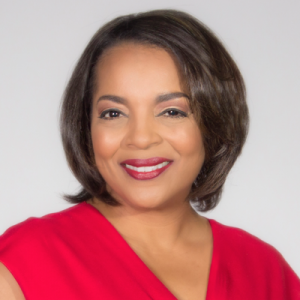 Judi Gatson is an evening anchor for WIS, the dominant television station in the Columbia, SC television market. The station’s news broadcasts are among the most-watched programs in the Midlands of South Carolina and have been for more than 50 years. As anchor of WIS News at 5 pm and WIS News at 6 pm, Judi reports on and anchors some of the biggest stories around the state. A graduate of Indiana University – Purdue University, Judi decided to pursue a career in broadcasting and landed her first job as a reporter for WIS News Radio 1320am in 1995. During her tenure at WIS, Judi has worked as a general assignment reporter, weekend anchor and anchor of WIS Sunrise.

An award-winning journalist on topics ranging from education to consumer issues, Judi has moderated statewide gubernatorial debates and interviewed influential politicians and newsmakers. Judi covered the Democratic primary of the historic presidential election race of 2008, anchoring the WIS News primetime coverage and conducting a series of in-depth interviews with the candidates. She also covered the Presidential Inauguration live from the nation’s capitol for Raycom Media. Judi’s extensive coverage of breaking news includes live reports from McClellanville as Hurricane Charley was making landfall. And in her special report, “Into the Fire,” Judi brought viewers a compelling report on the technology used to rescue people faster when she completed fire fighter training and went inside a burning building live to simulate a rescue. Judi’s consumer reports include her popular “Buy It & Try It” series which tests “As Seen on TV” products to see if they really work as advertised. And as co-anchor on WIS News at 6 Judi has won three Emmy awards for best newscast and several Associated Press Awards for Business/Consumer reporting and Education reporting.

Judi’s heavy involvement in the community previously included serving on the boards of Healthy Learners, the Palmetto Health South Carolina Cancer Center, Palmetto Center for Women and United Way’s Palmetto Society. She also speaks at many schools and community events and enjoys making regular visits to mentor teenage girls in the transition program at the Department of Juvenile Justice.

Judi is married to Dwayne Gatson, who served 22 years in the military and retired as a Lt. Colonel in the United States Army. Judi and Dwayne have two sons, Aidan Kash and Nicholas Jax. The Gatson’s are active members of Brookland Baptist Church and live in Columbia with their two labs, Shadow and Spirit.

I am a proud supporter of the following organizations working in our community ...